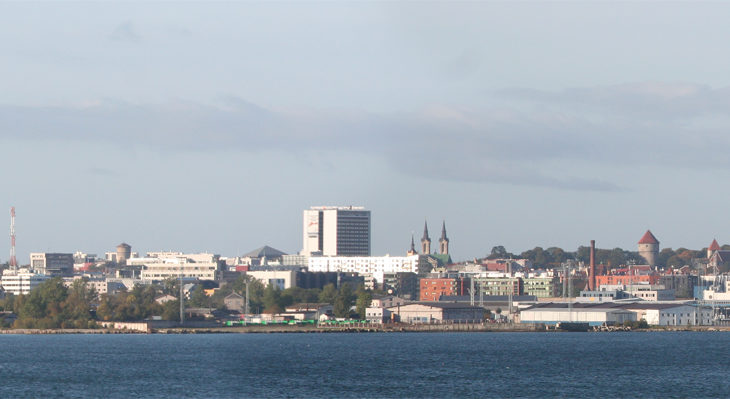 The European Investment Fund (EIF), KredEx and the Estonian Ministry of Economic Affairs and Communications (MoE) have today signed a Funding Agreement to establish EstFund, a EUR 60 million risk capital fund-of-funds investing in several risk capital funds which will then invest primarily in Estonian enterprises. This initiative will target smaller and earlier stage investments, operating in a complementary way to the already existing successful Baltic Innovation Fund initiative that targets larger and later stage deals.

The EstFund will finance SMEs via three selected risk capital funds with combined resources of EstFund and co-investment by EIF allocated indicatively as follows:

This is the first Structural Fund-supported fund-of-funds that EIF will invest into and it is made possible by the European Fund for Strategic Investments (EFSI), the heart of the Commission’s Investment Plan for Europe. It is also the first time that European Structural and Investment (ESI) Funds and the EFSI are combined, just a week after the Commission and the EIB published new guidelines on how to combine these funds. EIF will manage EUR 48 million on behalf of MoE. The money comes from the Operational Program for Cohesion Policy Funds 2014-2020 supported by the European Regional Development Fund. This amount will be complemented by EUR 12 million co-invested by EIF from European Fund for Strategic Investments (EFSI) supported resources, thus the combined resources available reaching EUR 60 million.. This is a significant enhancement over previous fund-of-funds implemented by EIF in Lithuania and Latvia that could not previously benefit from EIF co-investment.Representatives signing the agreement were Ms. Liisa Oviir, Minister of Entrepreneurship, Mr. Lehar Kutt, CEO of KredEx, and Mr. Roger Havenith, Deputy Chief Executive of EIF.

The European Investment Fund’s Deputy Chief Executive, Roger Havenith, stated: “The new EstFund is a first of its kind in Europe and shows how together with local risk capital funds and the Estonian authorities, EIF can help to build a strong investment ecosystem in Estonia. Working with KredEx and the Estonian Ministry of Economic Affairs and Communications will enable us to target our finance for SMEs effectively to deliver lasting benefits for Estonian companies. We are delighted to be signing the first Structural Fund-supported fund-of-funds that EIF will invest into as a result of the EFSI support”.

“As EstFund and private investors work together, approximately EUR 100 million in equity investments will be made available to the region’s enterprises in subsequent years. The additional capital and the participation of professional investors in the development of companies will help Estonia to produce the next international success stories”, said Lehar Kütt, CEO of KredEx.

“The new fund will complement the existing Baltic Innovation Fund, yet provide risk capital in an even earlier phase and in smaller amounts, using ESIF resources. Co-financing from EFSI by the EIF for the fund being created will encourage private investors to allocate additional funds to the sub-funds. For example, Estonian pension funds, too, will have the opportunity to invest in the sub-funds, which in turn will provide funding options for enterprises. The fund being created will present an important milestone in the relations between Estonia and the European Investment Fund. We hope that the good collaboration to date will continue and that in the future Kredex will be able to involve the EIF in even more projects”, said Liisa Oviir, Minister of Entrepreneurship.

Commenting on the agreement, European Commission Vice-President Jyrki Katainen, responsible for Jobs, Growth, Investment and Competitiveness, said: “This agreement is innovative for two reasons: it is the first time the EFSI is being combined with ESI funds; and because EstFund is a so-called “fund of funds”. But what is important for Estonian SMEs to know is that more risk-financing is available to them for early-stage investment in their business ideas.”

Kredex has previously signed (in December 2015) an agreement with the EIF regarding COSME: read more about it here.